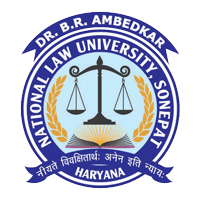 ORDINANCES ON USE OF UNFAIR MEANS AND MISCONDUCT IN EXAMINATIONS

1. In relation to the University Examinations, a candidate may be liable for:

Explanation: The University Examination includes Mid-term, End-term or any other Examination in which the performance of the candidate is evaluated for the purpose of inclusion in any certificate/degree issued by the University.

2. The unfair means case may be of First Degree, Second Degree and Third Degree as under:

The following acts and conduct shall be taken as misconduct in relation to the examination:

A candidate found guilty of using Unfair Means may be awarded the punishment as under:

Disqualification from appearing in any University Examination upto six semesters duration including the examination in which he/she is found guilty.

2. Unfair Means of the Second Degree:

(i) Disqualification from appearing  in  any  University  examination  upto  four  semesters duration including the examination in which he/she is found guilty.

3. Unfair Means of the Third Degree:
(i) Disqualification from the examination in which he/she was appearing or cancellation of the paper in question.

Explanation: In case of Project Report/Term Paper/Dissertation as part of University Examination that shall be cancelled and allowed to after two months.

Punishment for Misconduct may be determined by the Unfair Means Cases Committee keeping in view the gravity of the misconduct, as under:

Explanation: The aforesaid punishment for misconduct during the examination may also be imposed in addition to any other punishment for indiscipline for which the student may be liable under the rules.

8. A candidate who is involved in an unfair means case may be allowed provisional admission to the next higher class/examination of the same course, pending decision in his/her case, at his/her own risk and responsibility, subject to the condition that in the event of his disqualification, the fee paid by him/her for next higher class/examination shall not be refunded.

Provided that such a candidate shall not be allowed during the pendency of the case, any further provisional admission in any other course of the University.

Provided further that in the event of his/her disqualification in the lower examination, as a result of unfair means case, the result of the higher examination taken by him/her provisionally, during the pendency of the case as above, shall stand cancelled.

10. A candidate who is disqualified for the use of Unfair Means in a University examination, may on the expiry of the period of his/her disqualification, be allowed the same number of chances to appear in the examination as are missed.

Official Notification regarding Examination Rules and Regulations approved by the Executive Council of this University in its 3rd meeting held on 06.03.2021.

Ordinances on Use of Unfair Means and Misconduct in Examinations.